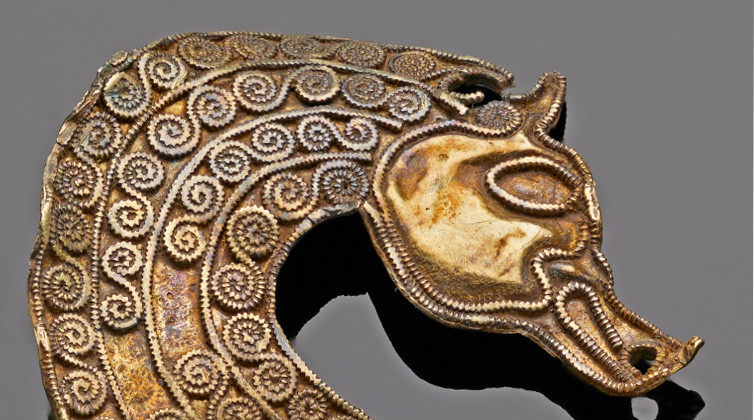 Whilst researching Blood and Destiny (the first book in my series The Shadow of the Raven), I came across a reference which described how, in 871, Alfred (whose brother, Ethelred, was king at that time) led a charge at the Battle of Ashdown while mounted on a pure white stallion. Although an inspiring image, it rather goes against the perceived wisdom which assumes that the Saxons didn’t fight on horseback.

Whilst that seems to be generally accepted, it has been argued by some historians that this might not always have been the case and it does seem logical that a man wealthy enough to own a horse might well have ridden it into battle for whatever tactical advantage he could achieve by doing so.

However, more typically, we are led to believe that whilst the wealthier men and nobles may have ridden to the battlefield, once there they sent their horses to the rear and fought on foot.

There is a certain amount of logic in this. As not many men could afford to own a horse, being one of only a few men mounted would mark out a warrior as a person of wealth and status, making him an obvious target. A horse would also have been easier to hit with an arrow amid the turmoil of battle – bring it down and the rider must surely follow, probably injuring himself and others in the process.

There is also the risk of having frightened and wounded horses running loose on the battlefield which would have posed a significant danger to those fighting on foot, not to mention the distraction and disruption caused if they interfered with the battle tactics and formations.

Horses were certainly expensive to buy and keep, but it may not have been just a question of cost which prevented the Saxons from equipping a mounted contingent. The horses readily available to them were not always ideally suited for battle.

For the most part they would have been derived from small, rugged native beasts such as those from Exmoor or the Fells, though doubtless the native bloodline would have been infused to some extent by that of significantly bigger and stronger animals during the Roman occupation of Britain. The Romans certainly did have cavalry and also access to superior horse stock which must surely have left some genetic impression.

So, if they had access to some suitable horses, why did the Saxons not use them in battle? Well, for one thing, the tried and tested tactics of the shield wall had served them pretty well over many years. Also, most men would have fought using a shield, spear and/or possibly a seax (a sort of long bladed knife with a single edge) which were not weapons which could be effectively wielded whilst mounted – at least, not without special training.

That said, horses may well have had a part to play in getting men and their equipment to the site of a battle or even speedily intercepting raiders and such like. They may also have been used to carry communications between those commanding the Saxon army and those doing the actual fighting. It’s likely that the senior nobles controlled their own men in battle and would have positioned themselves behind the shield wall (they wouldn’t have lasted long if they stood in front of it!).

Meanwhile, as the battle developed, the man in overall command (possibly the King or a very senior Ealdorman) would have logically positioned himself somewhere from where he could survey the whole field. He would have needed to receive feedback from his warriors and be able to quickly relay messages to better deploy them or to summon reinforcements. For that purpose, a mounted rider would have been ideal.

None of this suggests the use of cavalry as we know it. In fact, it’s normally assumed that the Saxons faced a cavalry charge for the first time at the battle of Hastings.

That, of course, ended in a devastating defeat although the outcome cannot be entirely attributed to the use of horses. It has been suggested that, whilst intimidating, by the time the Norman cavalry reached the Saxon lines the horses were all but exhausted from charging uphill. Nonetheless, it must have been a salutary lesson for the Saxons.

As far as the Vikings are concerned, there are a numerous of references to them using horses for both raids and for full-scale invasions.

A lightning attack on horseback, particularly whilst raiding an abbey or a farmstead where they faced poorly defended monks or civilians, would certainly have given them combat efficiency, enabling them to strike fast and then carry off their spoil and plunder before the fyrd (the local militia) arrived.

They also used horses extensively for getting from place to place, but where did they get their horses from? Well, they had some ships which were certainly capable of transporting livestock though I question the logic of them doing so in any great number all the way from their homelands in Scandinavia or Denmark. Not only would the horses have been unpredictable whilst on board in a rough sea, there is also the logistical issue of feeding and watering them during the crossing. Far simpler for them to acquire (or probably steal) what they needed when they arrived.

This is supported by the fact that when the ‘Great Heathen Army’ invaded East Anglia in 865-6, one of the first things they did was to obtain horses – which presumably implies that they didn’t bring their own with them. King Edmund of East Anglia is said to have paid tribute in return for them leaving his realm in peace and it’s quite likely that included supplying a number of the horses they needed.

You might ask why Edmund would have assisted the enemy in this way but it may make a certain amount of sense if you consider that the Vikings would then be encouraged to use them to ride off and pillage elsewhere. In fact, as it turned out, the Vikings had an ambitious invasion plan which centred on wealthier strongholds (notably York) and might well have used horses to raid and forage for the supplies needed to feed such a large number of men whilst they marched north.

As it transpired, aiding the enemy proved to be a grave error on King Edmund’s part for the Vikings returned to East Anglia a few years later (in circa 870) and, after defeating his army, then killed him – he became known as ‘Edmund the Martyr’ for the brutal way in which he died when he refused to renounce Christ.

By contrast, in 892 when the Vikings yet again turned their attention to Wessex, they are recorded as having enough ships for a single crossing ‘with all their horses and war gear’ – although on this occasion they mainly sailed across the Channel from Boulogne so could reasonably have waited for a period of calmer weather in order to make the crossing, thereby ensuring that bringing their horses with them was a viable option.

I think we can therefore assume that horses played an integral part of any Viking attack whether it was a full invasion or a raid. Whether they brought theirs with them or obtained them when they arrived is probably a moot point.

Either way, it seems there was not much room for sentimental attachment to their mounts as in 893, whilst besieged at Buttington on the banks of the Severn, they were reported as having eaten nearly all their horses rather than starve!

So where does this leave us? On balance, I tend to think that significant battles between the Saxons and the Vikings were normally fought on foot, but there are bound to be exceptions. That said, the image of a Lord mounted on his fine horse and with his banners flying as he leads a line of (probably reluctant) foot soldiers to battle is easy enough to envisage.

Certainly, being mounted would have added an element of prestige. In fact, kings at that time tended to travel extensively throughout their realm and an impressive horse would have been part of the image they would wish to project to their subjects if only to underline their status and authority, particularly in such troubled times as those which Alfred endured.

However none of this seems to fit with that image of Alfred as a young warrior charging down the enemy on a pure white stallion. Perhaps he was pursuing the Vikings as they fled the field (Ashdown being a rare Saxon victory at that time) though I’m not sure how cutting down a retreating foe fits with Alfred being seen as a ‘noble Saxon warrior’, not to mention a man who would later be described as ‘the Great’.

But then history is often told by the victor, not the vanquished and any victory in those troubled times was something which the Saxons badly needed – and a glorious charge led by a young Saxon prince would have been just what the doctor ordered.

This blog was first published by Historia – the online magazine for the Historical Writers Association.